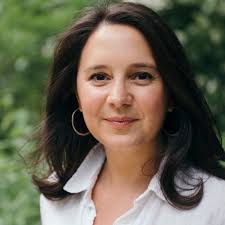 I normally steer clear of politics on my blog posts but some injustices have to be addressed. While reading Tim Ferriss’ “Five Bullet Friday” an email I get every Friday, one I highly recommend, I came across the story of Bari Weiss @BariWeiss on twitter. I was shocked to read of the draconian behaviors Bari Weiss had to endure at the newspaper. I am a Centrist (having moderate political views) like Bari, a characteristic that is missing in today’s “News Cycle”. She is a fabulous writer. Then I came across her resignation letter, courtesy of Tim Ferriss, thanks Tim, and I am including the link to the letter https://www.bariweiss.com/resignation-letter. I would encourage you to read this resignation letter and think of the consequences we will face as a democracy if this is considered acceptable behavior.

I have been an NPA (Non Party Affiliate ) for several years. I read articles from a variety of sources, The Nation, New York Times, Foreign Affairs, Vanity Fair just to name a few. When I read an opinion piece I expect a variety of views, hence the name Opinion. The danger I see today is you have a right to your opinion as long as it is the same as the masses. Sometimes, it doesn’t even need to be the masses, just whomever is pushing the agenda for the day. I know, my conservative friends would tell me “What do you expect from a liberal paper such as the New York Times? I assure you some of the best writers (as a craft) in the world write for this newspaper. There are top notch journalists i.e. Bari Weiss that do great work in opinion columns. This is no longer acceptable in a society that claims to have free speech. It is hard to tell what the narrative is for any given week. The tides of opinion seem to shift often and if you find yourself caught in the wrong place in these shifting tides, you might get damaged. The New York Times wasn’t overtly deliberate in their treatment of Bari Weiss, they were negligent in protecting her human rights, which ipso facto makes them complicit in the collateral damage suffered by this fine journalist.

I have told my children growing up, if you do not agree with a company, organization, use the power of your vote to affect change, this can also include do not financially support them in the future. I chose to vote with my wallet yesterday but could not leave it at that point. When I was growing up I was exposed to a Russian propagation newspaper called Pravda. It stunned me that a whole nation would be fed news that was little more than propagation and at best half truths. Our media has become a dangerous source of information these days. Truth is an afterthought. Get the story to press and then in real time solve the nuances of truth, maybe.

Change comes when good people say “Enough” and quit supporting organizations that take human rights as a punch line. The purpose of this blog is not to promote the boycott of the New York Times, I did this alone and will stand by my decision. The real purpose is to tell people wake up. The proverbial “fox” is already in the hen house and the destruction it will bring will be significant. Who dictates truth these days? Look to social media, the dollars of advertisers that don’t want to be boycotted by a young group that are ill informed and have grown up with ideas that are less than uninformed. I pray that my daughters will never be treated so badly at their jobs as Bari Weiss. Human rights violations do not matter as much until they personally affect you.

This site uses Akismet to reduce spam. Learn how your comment data is processed.